As a singer/songwriter he says “lately I feel more like a songwriter than a singer”. He’s got 2 independent releases (Honky Tonk Ballet, Tuesday), and several Texas/indie artists record his songs. A few are Lantana, The Pear Ratz, and his friends David Lee Garza Y Los Musicales. He has played at various bars, restaurants, outdoor patios, living rooms and arts and crafts fairs….all for the music. He has picked up an award here and there: 2005 Tejano Crossover Single of the Year (Who’s That Gringo?) B.W. Stevenson Songwriting Competition Runner Up (Poor David’s Pub in Dallas, Texas)..

Click on an album cover below to listen to and purchase your favorite tracks! 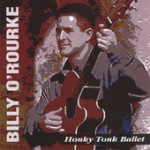 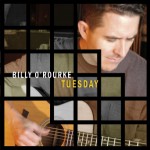